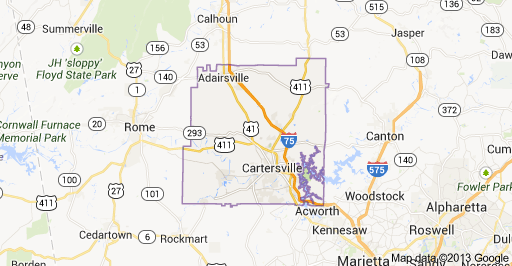 Have you been arrested in Bartow County?

We are Bartow County DUI Attorneys

With a population of over 100,000 people and growing, there is a lot going on in Bartow County, Georgia.  Most residents think Bartow County is good place to live, with an active business community that includes Anheuser-Busch and some quality cultural offerings like the famous Booth Western Art Museum.  Bartow County is well situated because it sits on I-75, a major highway which cuts through the center of Bartow, and because it is situated about halfway between Atlanta and Chattanooga, Tennessee. The area also is within easy commuting distance of the populous Cobb County, and Hartsfield-Jackson is, in non-rush hour traffic conditions, just over an hour away.

Because of Bartow's increasing population and its proximity to major roads and cities, it is a place where the police officers, deputy sheriffs and state troopers make a large amount of DUI arrests.  As the population has grown, the number of drunk driving arrests have also increased.  And with cities and towns like Adairsville, Cartersville, Emerson, Euharlee and White each with their own police department, the trend toward more DUI arrests is increasing.

Whether a driver is stopped by a Bartow County deputy sheriff or a police officer in Adairsville, Cartersville, Emerson, Euharlee or White, law enforcement officials all over Bartow County are trained and encouraged to make DUI arrests.  As in many counties and cities, there is an emphasis on drunk driving arrests in Bartow.  Politicians say all the time that drunk driving arrests are a prime goal of law enforcement.  And the Bartow County newspapers and media trumpet DUI arrests to their readership.

With this background, it is certainly not surprising that in the evening, when a car is stopped by a police officer (perhaps for speeding or failure to maintain lane), that officer is looking closely to determine whether the driver is DUI.  And that could be DUI with alcohol or drugs (even prescription drugs, which now account for a large portion of DUI arrests).

What a Bartow County Sheriff's Deputy, State Trooper or Police Officer Looks For

A Bartow County police officer, after pulling over a motorist, will start to determine if the driver is DUI by simply talking to him.  The police officer wants the driver to admit that they were drinking.  The cop will try to have the driver say specifically what they have been drinking----beer, wine, vodka, gin, tequila, whiskey, bourbon.  It is surprising what some people will immediately admit to a law enforcement official.  Sometimes a driver will admit to “10 beers,” “5 shots,” “a few martinis,” “3 Margaritas” or simply “having too much.”  Of course, all of these voluntary admissions will be used against the driver to show that he or she was DUI.

More seasoned Bartow police officers will look through the windows of the car with a flashlight to try to identify open bottles of alcohol.  They will also look into the car for pills, marijuana and other drugs, which many people carelessly leave on the car's seats or in the center console, which is easy for an officer to detect.

The officer will try to determine the smell of alcohol on a person or in the automobile. And the cop will be listening closely for impaired speech.  Remember, a suspect's interaction with the police is likely being taped and a video record is being made.  This is all admissible as evidence in a municipal or city court, Bartow County Probate Court or Bartow County Superior Court. 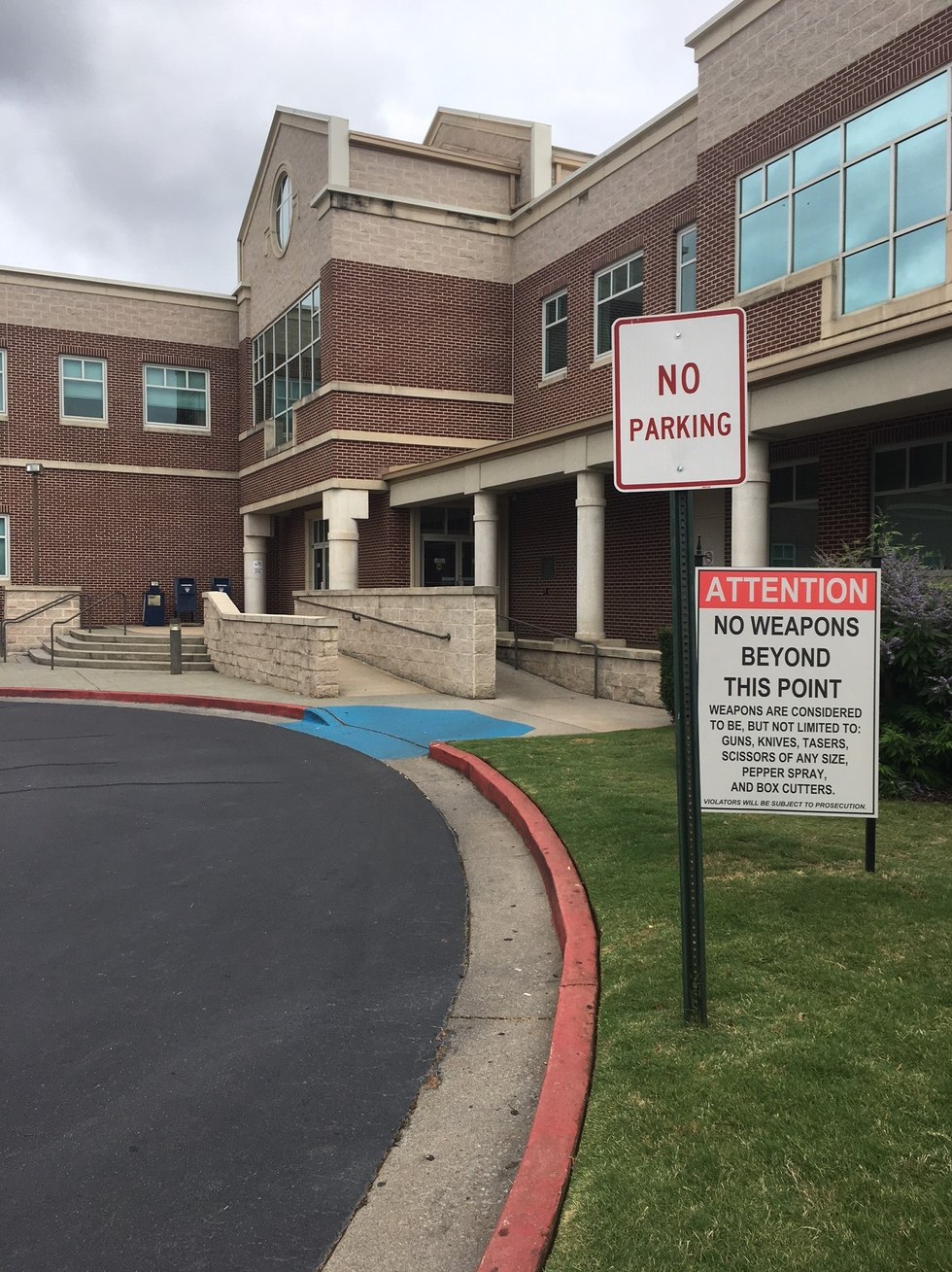 A view outside of the Bartow County Courthouse

The judge is Mitchell Scoggins.  Judge Scoggins is elected by Bartow County residents.

The Cartersville Municipal Court address is:

The judge is Harry B. White. Sergeant Dorothy Carson is the Cartersville Municipal Court Clerk. The phone number is 770-607-6307.

The Bartow County Sheriff operates the jail.  If you are arrested for DUI you may be transported to the jail.  The address of the jail is:  Bartow County Jail Division 104 Zena Drive Cartersville, Georgia 30121

When a Bartow County police officer requests that a driver leave his car, the officer will try to get the motorist to do field sobriety tests.  Make no mistake about, these so-called “tests” are designed for a driver to fail.  In fact, many people who are not DUI would likely perform poorly.  These tests were developed by the federal government.  Specifically by National Highway Traffic Safety Administration (NHTSA).

The Alco-Sensor in DUI Arrests

The Alco-Sensor machine is a hand-held breath test administered by Bartow County police.  It is not as physically large as the Breathalyzer (Intoxilyzer) test machine, but it is said to provide fairly accurate results on direct breath sample testing.

While the reading for the machine is not admissible as evidence, the fact that a suspect has tested positive for alcohol is admissible.

The Intoxilyzer 5000 is the breath test machine used most frequently throughout in Bartow County to test possibly intoxicated drivers.  Manufactured by CMI, Inc., it is the predominant machine used for breath testing by law enforcement personnel.  A Bartow County police officer will usually request that a DUI suspect take an Intoxilyzer test or a blood test to determine the driver's blood alcohol content (BAC). A reading of .08 or higher is classified as DUI per se under the law.  A reading less than .08 is considered DUI less safe. BAC, when measured by a Breathalyzer test, is the number of grams of alcohol per 100 millimeters of blood or per 210 liters of breath. 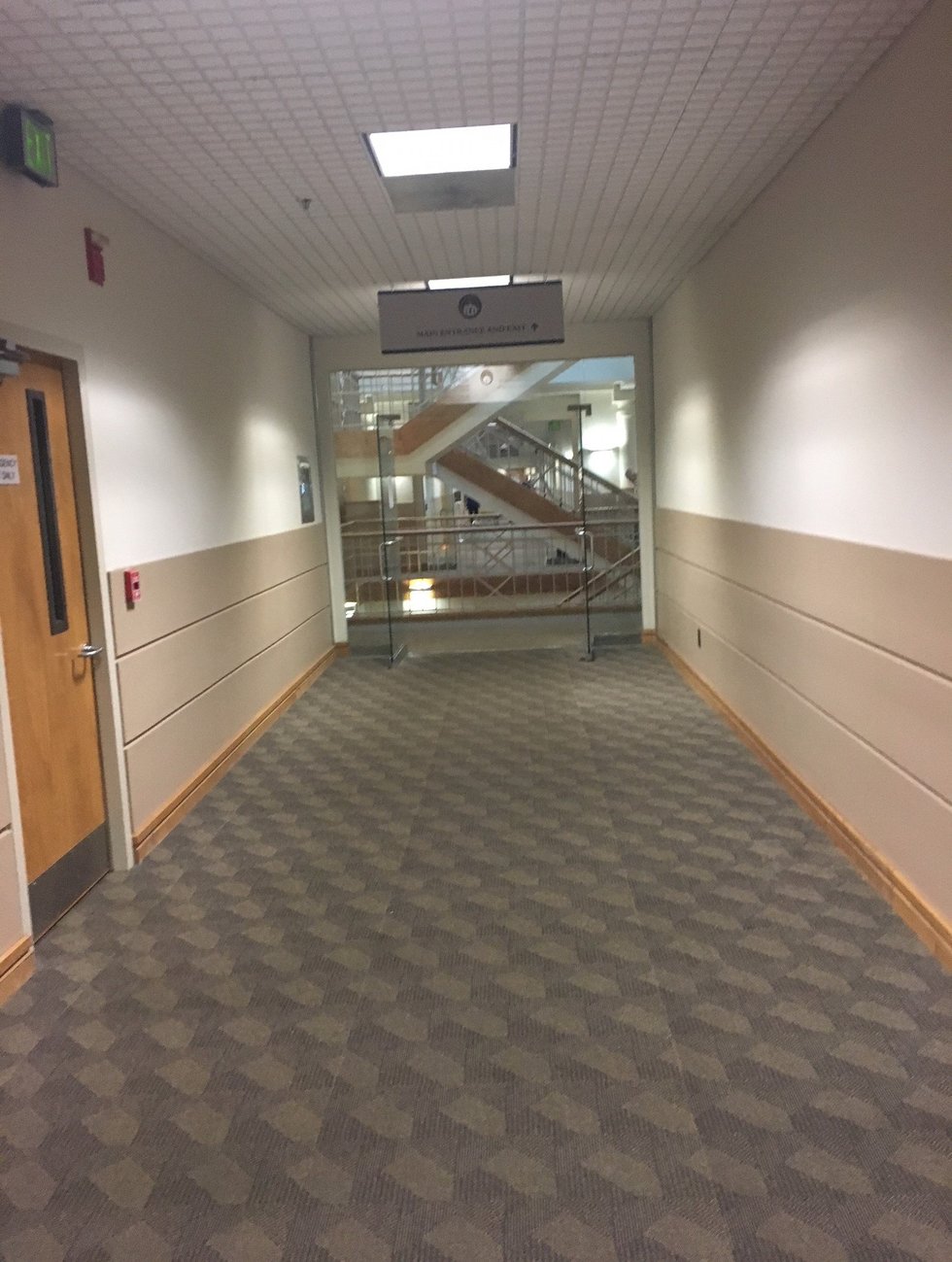 Inside a corridor of the Bartow County Courthouse

To maintain your driving privileges you need to do an administrative appeal.  Often referred to as a “10-day letter,” it is filed with DDS.  The appeal requests an “ALS hearing.”  A driver must use this hearing to protect his or her driver's license.

What The Best Bartow County DUI Lawyers Do

The best Bartow County DUI lawyers take certain actions to ensure that your legal rights are fully protected, including making the prosecutor:

If you are arrested for DUI in Bartow County, you need to contact a Bartow County DUI lawyer immediately.  An experienced and knowledgeable Bartow County DUI attorney can advise you on how to best handle your case.  The attorneys can guide you through the often complex process and recommend strategies and tactics that have been successful.

At the Sherman Law Group we have helped many, many people who have been charged with DUI in Bartow County.  Our experience sets us apart from the rest.  Attorney William H. Sherman has served as a Senior Assistant County Attorney and as an Assistant Attorney General.  Attorney Valerie W. Sherman served as a Magistrate Judge and as an Assistant County Attorney.  The experience helps our clients tremendously.  Valerie W. Sherman and William H. Sherman appear throughout Bartow County defending their clients.

If You have Been Arrested for DUI in Bartow County, Call Us Now

We offer a free case evaluation to anyone arrested for DUI in Bartow County.  If you have been arrested, contact us. The attorneys are reachable now at 678-215-4106.