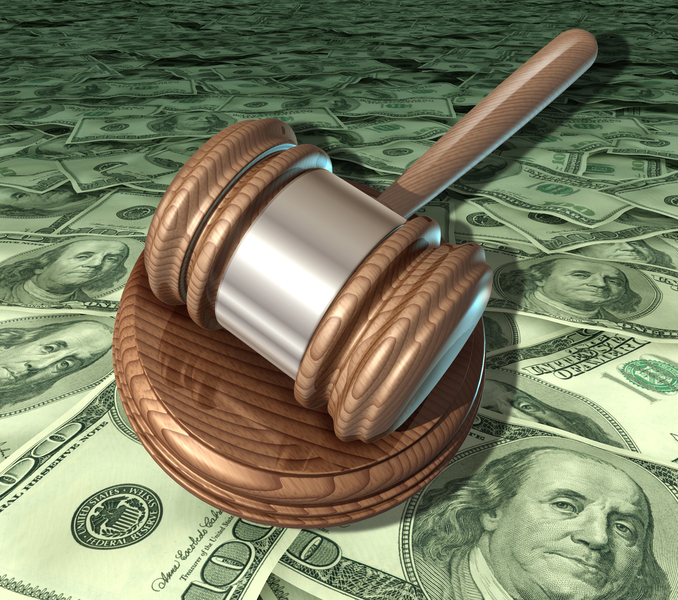 Why Should I Have A Prenuptial Agreement?

Sometimes marriages do not work.  That's just a fact of life.  No couple enters into a marriage with a plan to eventually divorce.  But things happen and there are circumstances that can occur to lead to the dissolution of a relationship. One mechanism that can help make divorce more straightforward is to have a prenuptial or postnuptial agreement in place.  Taking time to get an agreement drafted prior to any conflict in the marriage can save you aggravation and significant time and money.  And prenups and postnups should be drafted rather quickly.  A seasoned attorney can draft an agreement in a relatively short period of time.

It's the Smart Thing to Do

The feeling among the most sophisticated, smart people is that anyone who is contemplating marriage who has significant assets or income should have a prenuptial agreement to protect against economic disaster in the event the marriage ends in divorce.  Really, why enter a marriage in fear of risk?   A well-written prenuptial agreement, also known as an antenuptial agreement, will set the stage for marital bliss.  Some brides and grooms could not imagine getting married without a prenup or postnup.  They see the statistics and have many friends and relatives who have gone through a divorce.

At The Sherman Law Group, we frequently represent clients throughout the Atlanta Metro area and North Fulton County in the process of drafting both prenuptial and postnuptial agreements.  Our experience as a Magistrate Judge, a Senior Assistant County Attorney and as an Assistant Attorney General makes us an ideal law firm to represent you in a prenuptial or postnuptial agreement.

Reasons for a Prenup: There are Many

There are many reasons why couples get a prenup.  Here are some reasons we have seen in our practice:

Prenuptial and Postnuptial Agreements in Georgia: The Many Benefits

There are numerous benefits to having a prenuptial or postnuptial agreement drafted for your protection. In Georgia, an increasing number of couples are making sure that they have a prenuptial agreement established. This details how you want certain events to play out if divorce were to occur.  At The Sherman Law Group, we will listen to your goals and draft an agreement according to your wishes.

The perception used to be that prenuptial agreements were something only for the rich and famous.  Or perhaps only for individuals who were marrying for the second time and had assets from their first marriage they wanted to protect for themselves or their children from that marriage.

Today, prenups make great sense for anyone who has something to lose.  A prenup (also known as a “prenupt”) or postnup makes marriages much stronger.  It is a smart and realistic way to make a marriage stronger and less vulnerable.  When you set the stage in advance, you don't worry about the consequences of a divorce.

Questions About A Prenup?

Certainly not every couple requires a prenuptial agreement.  In situations where they are helpful the issues that should be addressed can vary widely.  At your consultation you will have the opportunity to discuss a variety of questions, including:

1. Give yourself enough time: Try to get a prenup well in advance of the wedding.  It's best to plan in advance so that all the details can be worked out and each party has a chance to fully evaluate the document.

2. Try too keep emotions out of it: It's always better to arrange a prenup based upon the financial facts.  Be as objective as possible both in assessing your future spouse's economic situation and your own.  Know that a prenuptial agreement is a smart move and that adding emotions to the negotiation will not help matters.

3. Look at your finances objectively: It's important to make sure that each party understands his or her finances. Get a prenup attorney who understands what the parties want to accomplish and who can get it done.

4. The prenup should be enforceable: Make sure the document is valid, reasonable and will stand-up in court.

Some examples of Marital Property

We have seen many shocked clients when they are informed their retirement accounts do not belong solely to them.

We Provide An Evaluation

We do an evaluation of each party's financial position, including asset types, debt profile and related circumstances.  We do this to help ensure that assets are disclosed so that the prenup is valid.

Many people who enter into a second marriage use a prenup  to help ensure certainty with respect issues like property division and support in the case of divorce.  Second marriage prenups can involve issues that a first marriage prenup may not have had to address.

Each Party Needs Their Own Attorney

We strongly insist on representing only one individual when writing a prenuptial agreement.  Your partner needs to have their own prenuptial agreement attorney.  This helps to limit the opportunities for either spouse to challenge the premarital agreement in superior court by claiming he or she was unfairly deprived of the ability to have counsel or didn't fully understand the documents being signed.

What If We Sign A Prenup And Then Move Out Of Georgia?

Generally, other states will enforce a Georgia prenuptial agreement. It is important that the prenup followed the law of the state where it was written. The prenup must not be unconscionable under the laws of the state where the parties have relocated.

What A Prenup CAN'T Do

Sometimes a party wants to challenge a prenup.  Here are some ways that a prenup can be attacked:

What happens if one party does not have an attorney?

Courts want to see full disclosure to an unrepresented party (that is a party without a lawyer).  To help ensure that the prenup is valid, two things need to be demonstrated to fully ensure that the agreement is enforceable:

Georgia prenups cannot regulate child custody or child support.  They don't have the power to regulate your behavior and they cannot punish a spouse for being unfaithful.  We have had clients ask if a prenup can provide for the amount of sex they must have, that all purchases must be made in cash, that clothes not be left strewn on the floor.  All these provisions are unenforceable in Georgia.

Celebrities Smart Enough to Get Prenups

Many celebrities are smart business people, in addition to being famous and talented.  They are advised by smart managers, savvy financial advisers and experienced attorneys.  Therefore most top celebrities get prenups when they marry.  Here are some celebrity couples who were smart enough to get prenuptial agreements:

5 Reasons to get a Prenup

Different debts:  When a couple gets married, they may have very different debts.  One partner may have a lot more debt than the other.  In these cases it makes sense to get a prenuptial agreement to ensure that the debt is divided properly if the marriage doesn't work out.

Second marriages:  Prenups are often used to dictate who pays which expenses for children from previous marriages.  They also can direct how both partners' assets will be split at death (as well as in a divorce situation).

Inheritances:  This issue arises mostly in the situation where a spouse inherits a home that both parties live in.  A prenuptial agreement is used to provide that you maintain your separate interest in that home, even if you both contribute to paying the mortgage.

Very different incomes:  If one spouse earns far more than the other spouse it usually doesn't make any difference in a marriage, because both spouses usually just share.  But in the event of a divorce, a prenuptial agreement can specify the amount the higher-wage earner pays or the lower-wage earner would get.

What benefits do Georgia premarital and postmarital agreements provide?

While this can be a sensitive and personal decision for the couple involved, there are many benefits that can come about from having a prenuptial agreement. These include:

This means that under the law the party contesting the agreement will have to overcome the presumption that the agreement is fair and prove that it is unfair.

There are other grounds, however, for challenging a prenuptial agreement that may be available in your case. These include:

One of the complaints divorce and family lawyers hear most frequently from clients is that they wish they had a prenup before they were married.  Or clients say that they wish they had gotten a postnup signed during their marriage, when times were good.  These types of agreements are fairly easy to work-out when the relationship is good.  Call us today at 678-215-4106.