DUI: What about my guns? 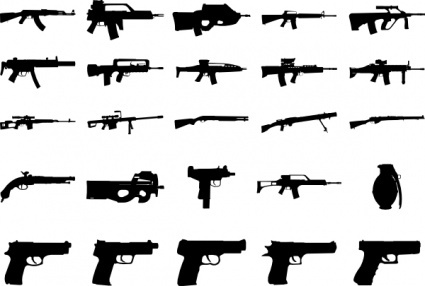 Question:    I got charged with a DUI in Forsyth County, Georgia, and I want to know about my gun ownership rights.  It's my first DUI charge ever.  I've never even been arrested before and I've only gotten 3 traffic tickets in my life, and they were in the 1990's.

But I'm worried that if I have a DUI I have to give up my gun rights.  I own a shotgun and two handguns.  The pistols were gifts from my wife when I got out of the Army and returned from Iraq and Afghanistan.  Since I got charged with a DUI I'm concerned that my Second Amendment rights are now in danger.

I know that Forsyth is tough on drunk drivers but I didn't think I was that drunk.  I was buzzed, but I thought a long way from drunk or intoxicated.  I was driving home from doing some target shooting with a friend in the Cumming area.  I got stopped because I wasn't driving in my lane.  Basically I swerved because I was looking for my phone and then the cop saw me.  The Forsyth deputy asked me where I was coming from and I told him and I said that I had about 4 beers.  Maybe I shouldn't have said anything.

I refused those roadside tests but I took a blow test at the jail and I blew a .185.  That's pretty high, I know that.  I never would have driven if I thought that the reading would have been so high.

Please tell me if my gun rights will be taken from me and I have to surrender my weapons.

Answer:    It sounds like your Second Amendment rights are secure and that you will be able to keep your guns.  A first DUI charge is a misdemeanor, not a felony.  As such, you can keep your weapons.  A misdemeanor charge has no impact on an individual's right to carry a gun.

We answer many questions every week about gun rights and DUI.  Luckily, most people do not have to worry about losing their weapons because of a DUI charge.

Need a real DUI defense team?  That's us, according to our many happy clients.  When you're facing a drunk driving charge, you need to be prepared.

The prosecutor is there to inflict the maximum punishments on you.  Let us answer your questions and plan an effective defense.  Call us now at 678-215-4106.

Take advantage of our knowledge and real world experience, including serving as a Magistrate Judge, an Assistant Attorney General and as a Senior Assistant County Attorney.

We proudly handle matters throughout the Atlanta metro area and North Georgia.

With a professional background that includes serving as a Senior Assistant County Attorney and as an Assistant Attorney General, attorney William H. Sherman has great experience, a broad range of legal knowledge and a proven record of success.  Each of Mr. Sherman's clients gets the full benefit of his experience.  Because attorney Sherman has worked for governmental organizations, large corporations and clerked for a judge, he has handled a wide variety of cases from negotiation and trial to successful appeal. Mr. Sherman is very proud of his reputation as a problem-solver who is always available to his clients.  Active in the community, Mr. Sherman and his wife, attorney Valerie Sherman, support many community organizations, sports teams and charities.  Call him now and let his experience work for you.