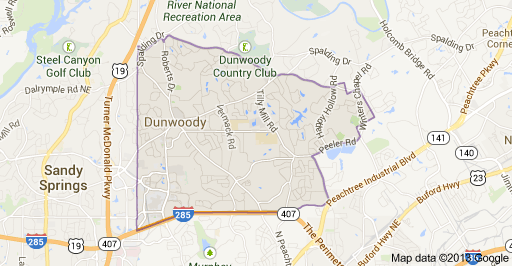 Have you been arrested within the city limits of Dunwoody?

Were you arrested for DUI in Dunwoody, Georgia?

Some background is important.  Dunwoody is a city in DeKalb County, Georgia.  In fact, Dunwoody is one of the newest cities in all of Georgia as it only officially became a city in 2008.  Dunwoody's population is about 47,000 although the population swells significantly during the day due to the many businesses located there and because the Perimeter Mall, a major shopping destination, is located in the city.

The City of Dunwoody is home to a wide array of local, national and international businesses as well Georgia Perimeter College and the MARTA Dunwoody Transit Station.  You do not have to look too hard to find high-quality dining, fun nightlife and great shopping.  Easily accessible by MARTA and cars, some major roads include GA-400, I-285, Chamblee-Dunwoody Road and Ashford Dunwoody Rd.

Like any city, Dunwoody has a police department.  The Dunwoody Police Department has about 55 sworn and 12 civilian personnel divided into three main divisions.  The police force is charged with patrolling the more than 12 square miles of residential and commercial property in Dunwoody.

A Dunwoody DUI Arrest Can Impact Your Driver's License

One of the first questions asked by someone arrested for DUI is how does it impact their driver's license.  Obviously people need a driver's license for work and for family obligations.  We understand that need clearly.

A Dunwoody DUI can lead to a driver's license suspension.  If you are arrested for DUI in Dunwoody, and if your breath or blood alcohol registers over .08 within three hours of driving, or if you refuse a test offered by the arresting Dunwoody police officer of your blood, breath or urine, Georgia law provides that you be issued a Georgia Department of Driver Services (DDS) Form 1205.  Many times the police officer will seize your driver's license and replace it with the 1205.  This is true for driver's possessing a Georgia license as well as out-of-state driver's.

The 1205 becomes your driver's license.  A yellow or white sheet of paper, the 1205 can be used in any way that your Georgia license can be.  If your license is taken and you are issued a 1205, you must act quickly and submit an administrative appeal to DDS.  The appeal is known as a “10-day letter.”

Submitted to the Georgia Department of Drivers Services (DDS), the appeal must allege certain failures on the part of the Dunwoody police officer who made the arrest and it must request a hearing.  The hearing, known as an “ALS hearing,” which stands for administrative license suspension hearing, will be presided over by a judge from the Office of State Administrative Hearings (OSAH) who will make a decision on a driver's license suspension.  The judge decides all legal and factual issues; you can not have a jury trial for your license.  OSAH employs about 14 administrative law judges throughout the state.  The Rules of the Office of State Administrative are contained in Chapter 616-1-2 of Georgia's Administrative Rules of Procedure.  As Dunwoody DUI lawyers we know how to approach the hearing. 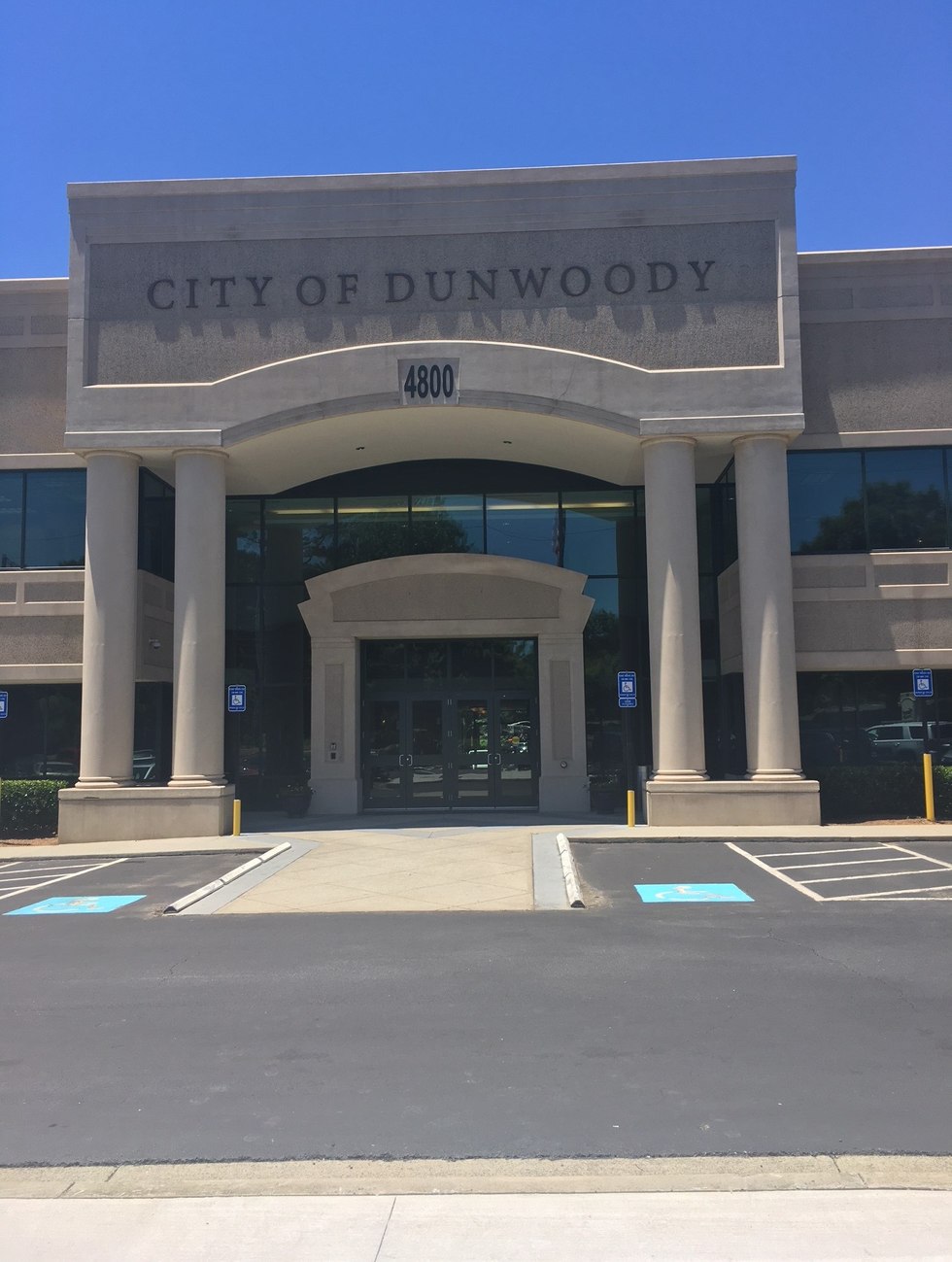 A view from outside of the Dunwoody Municipal Court.

Dunwoody DUI Information - About the Prosecutors and Judges

Someone arrested in Dunwoody for DUI will have his or her matter decided at the Dunwoody Municipal Court.  The court is located at 4800 Ashford Dunwoody Road, Dunwoody, GA 30338.

The Dunwoody Municipal Court solicitor (that's the prosecutor) is Bill Riley.  Mr. Riley, along with other attorneys in his law firm, Riley McLendon, prosecutes all crimes at the city court, including DUI.  Mr. Riley is a long-time prosecutor who developed the Atlanta Olympic Court during the 1996 Centennial Olympic Games.  Mr. Riley and his law firm were appointed by the Dunwoody City Council.

The Dunwoody Municipal Court Judges can include J. Antonio DelCampo; Hugh R. "Rick" Powell, Jr., and Timothy W. Wolfe.  They are appointed by the City Council.  The judges, as well as the prosecutors, are not full-time employees of the city.  So, unlike a state court judge or superior court judge, they will work part-time at the Dunwoody City Court.

We are proud of our familiarity with the prosecutors and judges.

What Do They Do At The Dunwoody Municipal Court?

The duties of the Dunwoody Municipal Court include:

What is a “Typical” Dunwoody DUI Arrest Scenario?

Certainly no two Dunwoody DUI arrests are identical, but there usually are some similarities.  Unless there is a roadblock or sobriety checkpoint, the driver is usually pulled-over by a police officer for a traffic violation.  There are numerous potential traffic violations, but ones commonly associated with DUI are speeding, failure to maintain lane and disregarding a traffic control device.

If the officer suspects that the driver is impaired by alcohol or drugs, the officer will usually start speaking to the driver to see if he or she can smell alcohol or marijuana.  The officer will look closely in the car for empty bottles or other signs of drinking or drug use.  Sometimes cops will notice open bottles of alcohol, pot or pills in the car, sometimes even sitting on the dashboard, in the center console or on a seat.

Dunwoody cops are trained to spot slurred or incoherent speech and bloodshot eyes--evidence that a driver may be impaired.  The police office will ask the driver questions to “trick” the driver into admitting consuming alcoholic beverages or drugs.  And many times a driver will state that he or she has combined alcohol and pills.  It is not at all uncommon for a driver to say that he or she is taking medication for anxiety or depression and that they have had "a few" of beers or "a couple of drinks."  Obviously, mixing alcohol and drugs is not something that most people should admit to a police officer.

Where Are You Coming From?

The officer may ask if you are coming from a party, bar, game,club or restaurant and when your last drink was. Surprisingly, many people will readily admit to drinking within 15 or 30 minutes before the stop.  These questions are not for your benefit, of course.  They are to help the law enforcement officer make a strong case against you for DUI.  Or, if a driver does not actually state when his or her final drink was consumed, the driver may say that they have been drinking.  This is an admission and will be used against you.

Dunwoody Officers are Specifically Trained to Do Field Sobriety Tests

Dunwoody police officers want suspects for DUI to take field sobriety tests.  These tests are in many ways designed to have someone fail.  The tests are "scored" by the police.  The officer is looking for "clues" to grade the driver.  Clues are mistakes that the suspect makes while trying to perform the tasks.

Developed by a the National Highway Traffic Safety Administration (NHTSA), a division of the Federal Department of Transportation, field sobriety tests are a series of physical tests that police officers ask DUI suspects to perform.  But a suspect can refuse these tests, although the officer is very unlikely to tell you that.  Remember: the police are simply trying to make drunk driving arrests, they are not there to provide an impartial assessment. So they are looking for even the slightest faults.

Remember: The Police "Score" The Test (So You Are Unlikely To "Pass")

Each of the usually three field sobriety tests administered is scored by the Dunwoody police officer.  The results, or grades, are admissible in court.  If an individual has physical impairments, such as back problems, neck issues or knee problems, the field sobriety tests can yield false-positive results--you can appear to be "drunk" but you are actually merely suffering form physical ailments.  The defendant will then claim that their poor performance on the tests was due to previous injury, not intoxication from alcohol or drugs.

The only three tests recognized as valid and admissible in a court are: 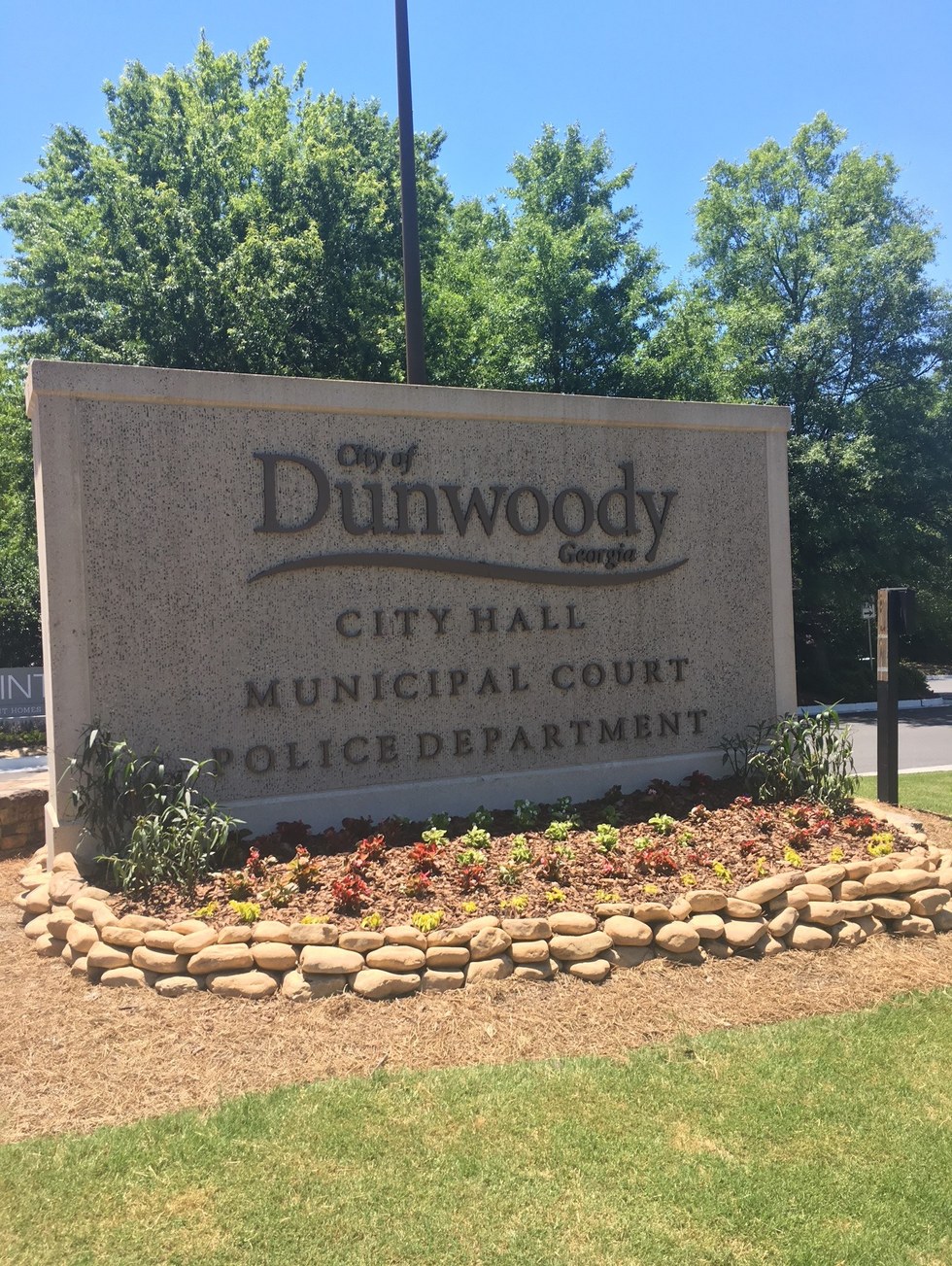 The Dunwoody Municipal Court is located off of Ashford Dunwoody Road.

Dunwoody is an affluent community that has police vehicles equipped with the latest video technology to record the encounter with the DUI defendant.  This video record is admissible in a court of law.  And it can provide very significant evidence for the police or the defendant.  Defendants should be aware that the video also captures what is being done and said within the police car itself, and this information can be used against a defendant in court.  As Dunwoody DUI attorneys, we are always surprised when suspects admit to drinking when they are in the police car, seemingly unaware that their admission is being recorded.

We have seen suspects admit not only to drinking but also drug use as well as other violations of law when in the back of the police car.  Remember, always assume that a video is being recorded and that video and audio can be introduced as evidence by the prosecution.

A Commonly Asked Question: Why Was I Charged With 2 DUIs?

A number of clients have asked us why they were "charged with two DUIs?"  Usually this is because a police office writes a citation for DUI-less safe and a citation for DUI-per se.  Generally, DUI-less safe is charged if the driver refuses the breath, blood or urine test.  DUI-per se is charged if the breath test exceeds.08.  However, you can only be convicted of one DUI for any single incident.  Police charge both usually because they feel that "one will stick" and that they will get a conviction.

We Are Dunwoody DUI Attorneys

Our experience includes working on both sides--as prosecutors and for the defense.  We know how prosecutors think and act.  With that inside information we are in the crucial position of getting the best possible outcome for our clients.  Attorney William H. Sherman has served as an Assistant Attorney General and as a Senior Assistant County Attorney.  Attorney Valerie W. Sherman has served as an Assistant County Attorney and as a Magistrate Judge, among other positions. Our professional backgrounds help our clients tremendously.

The Sherman Law Group offers free Dunwoody DUI consultations.  If you have been arrested, you should contact us immediately to discuss your case and what your best options are.  We are here for you at 678-215-4106.