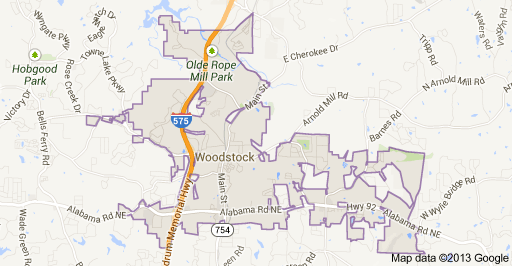 Have you been arrested within the city limits of Woodstock?

The police in Woodstock, GA make a lot of DUI arrests. If you have been arrested for DUI you should have some basic information so that you can plan an effective, winning defense to save your driver's license.

Woodstock, Georgia DUI Information -- Who is the Prosecutor?  Who is the Judge?

The Court is located at:

(The court is located in a strip mall and is not clearly visible from the road.)

The court's prosecutors are part-time, but they are experienced and have handled many hundreds, perhaps even thousands, of DUI cases.  Usually there are two prosecutors (who are called “solicitors”) who work each court session. The prosecutors split the cases (there are many cases) and talk to the attorneys and the unrepresented defendants. Each prosecutor handles each case slightly differently depending on the facts and circumstances of the matter. The prosecutor will read the police report and watch the video of the traffic stop and the arrest. Various factors can influence how a DUI case might be handled. As Woodstock DUI lawyers we have seen the prosecutor look for:

How do the Woodstock Police Make a DUI Case? 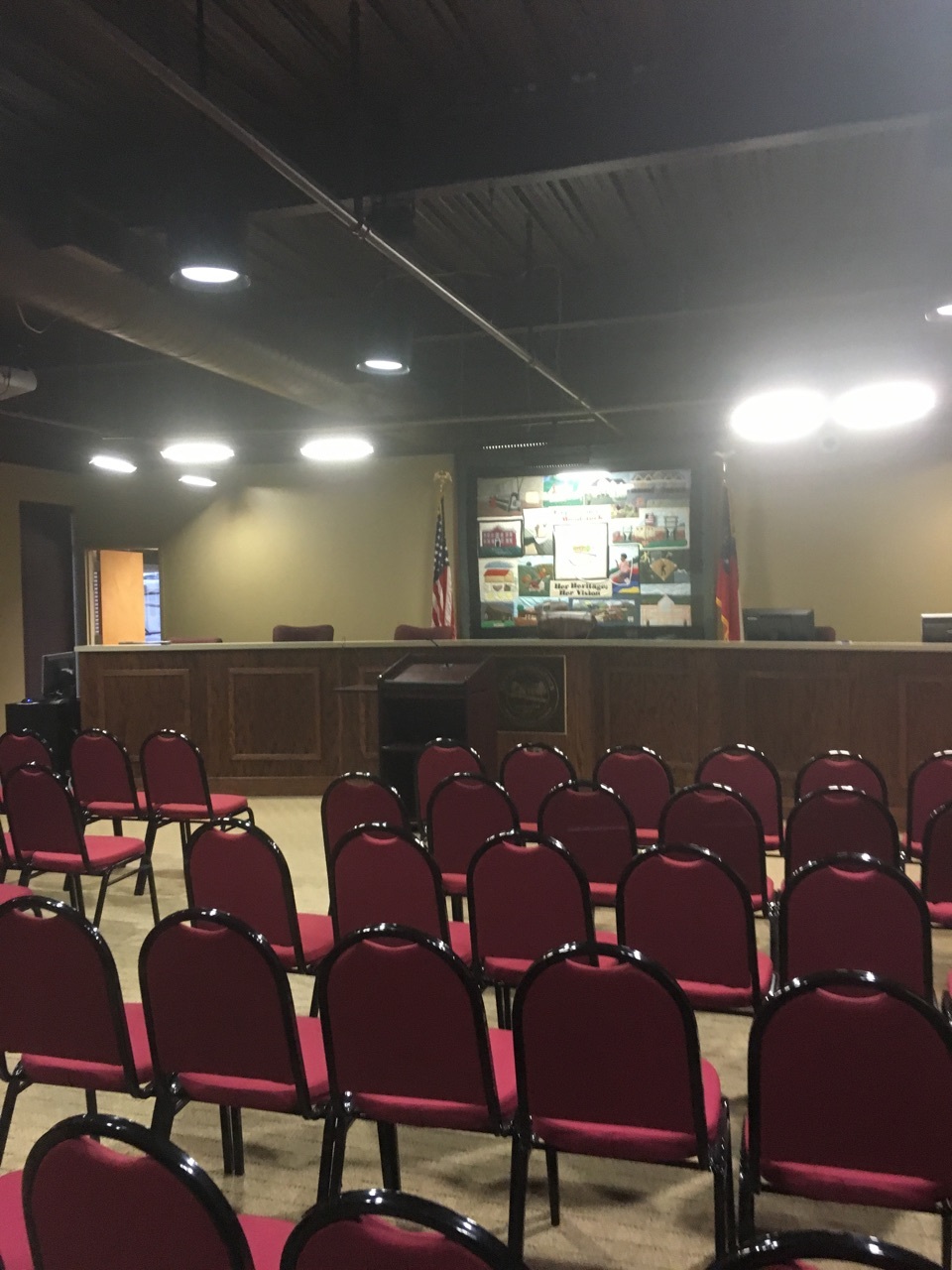 The courtroom of the Woodstock Municipal Court

Woodstock police are trained to make DUI arrests. In fact, drunk driving arrests are a prime focus of the department. The investigation starts the minute when a car is pulled-over for a traffic violation. The cop tries to determine if the driver has been drinking or taking drugs (that includes prescription drugs from a doctor like those for anxiety and depression,  as well as illegal drugs like heroin, meth, marijuana, LSD, mushrooms, cocaine, opium).

The police talk to the driver to see if he or she has slurred speech, smells of alcohol, is disoriented or simply makes incriminating statements. We've seen clients say things like, “I just came from a craft beer tasting and got lost,” “I think I had a little too much wine,” or “I know I can handle a few whiskey shots”. The officer is searching for signs impairment.  These statements only enhance an officer's suspicions. As Woodstock DUI attorneys we always remind our clients: the police want to make DUI arrests and these statements only make it easier for them to do that.

The cops will try to look inside the car for bottles, cans or flasks and they are also looking to find marijuana or pills or pill bottles that are visible. Amazingly, people will leave open bottles, pot and pills just lying on a car seat in open view.

Woodstock police want drivers to make admissions and they are trained to get drivers to talk. They can “trick” you into saying things that a judge or jury will believe establishes that you were impaired. Cops love to ask a motorist where he or she is coming from, and if the driver has had anything to drink. The police officer is simply trying to coax evidence from you that he can use in a DUI prosecution.

Officers are often successful in getting a motorist to incriminate himself with certain statements (like admitting you were drinking at a game, bar, club, party, wedding, concert or pool hall). The United States Supreme Court gives officers wide latitude in talking with drivers. And since you are not in custody or under arrest, your “Miranda rights” do not apply and your statements are admissible as evidence.

The cop will often try to make you admit exactly what you have had to drink, or at least some of what you have had to drink. A driver does not have to answer the question, but many will. And it's not uncommon for a person to say something like, “a bunch of beers,” “3 martinis,” “a few tall boys”. We have even seen drivers admit to "4 bottles of wine," "10 beers," or "I just finished a bottle of Jack Daniel's." These answers can and certainly will be used against you in court and they obviously greatly increase the chance you will be charged with DUI. Most people regret providing these types of answers.

Don't Speak To The Police Officer

Here's a tip: you do not have to answer the police officer's questions. You can respectfully say you will not speak unless you have a lawyer present.  Remaining silent is a constitutional right. If you stay silent, the prosecutor is not able to inform the jury of this. The best move is to simply give the officer your driver's license, registration, and proof of insurance -- and stay quiet.

The police officer wants you to do field sobriety tests.  Developed for use by law enforcement agencies by the National Highway Traffic Safety Administration (NHTSA), you probably should not take these “tests.”  The police “grade” the tests based on observed “clues.”  The clues are mistakes the driver allegedly makes while performing the tests.  Woodstock police receive special training to properly perform field sobriety tests in conformance with NHTSA standards.

The tests are voluntary, not mandatory. Remember, you can decline to take them. If you take the field sobriety tests it is very unlikely that you will “pass” because the exercises are graded by the police officer and the officer wants to make a DUI arrest. And following the arrest, he wants a conviction.

The officer's grading, not surprisingly, is strict. Oftentimes the field sobriety tests are captured on videotape. The video may back-up the officer's version of events. But it is possible that the videotape will help exonerate the driver by showing that the driver performed well on the tests. 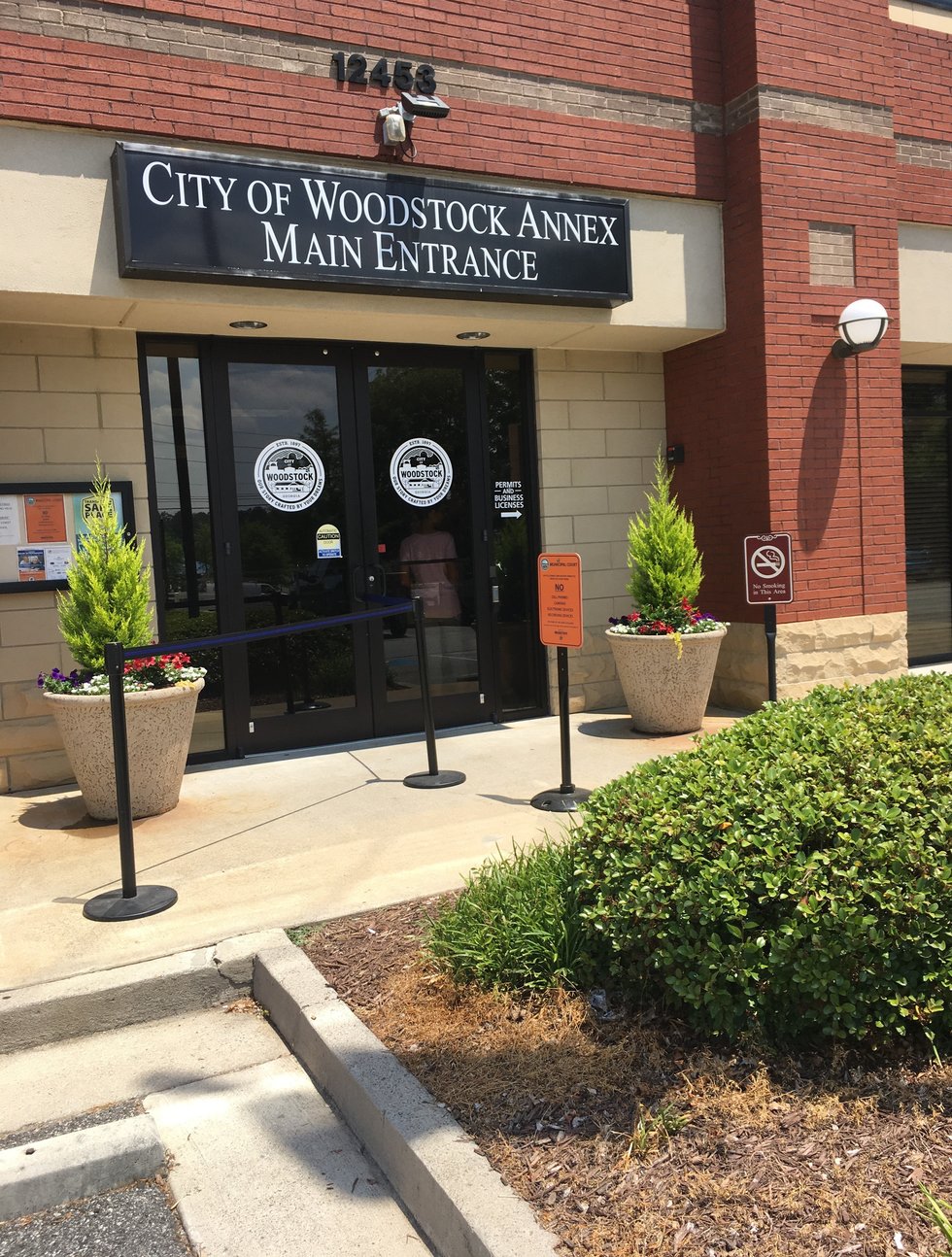 There Are 3 Recognized Field Sobriety Tests

There are 3 tests recognized by the NHTSA and courts as being accurate:

Police may ask a suspect to engage in other field sobriety tests. Although other tests have not been deemed reliable to the extent of the 3 mentioned above, if performed poorly by a driver, they can be compelling evidence of guilt to a judge or jury.

A Woodstock DUI Can Suspend Your Driver's License

A DUI charge impacts your driver's license, whether you are a Georgia resident or not.  In fact, a DUI arrest can trigger a driver's license suspension. The suspension can be in force for a full year without a driver receiving a limited permit. That means you cannot legally drive in Georgia for a year.  Hopefully, however, that draconian loss of license can be prevented.

If your breath or blood alcohol registers over .08 within three hours of driving, or you refuse a state administered chemical test of your (a) blood, (b) breath or (c) urine, state DUI law requires that you be issued a Georgia Department of Driver Services (DDS) Form 1205 by the police. The 1205 is a piece of paper; it is usually yellow or white.

The “1205” issuance triggers certain events: (1) it acts as a 30-day temporary driver's license (even for people who have an out-of-state driver's license); and (2) it is also an official notice of intention, signed by the police officer, to suspend your driver's license. As part of the 1205 process, the arresting officer has sworn that he or she had reasonable grounds to arrest you for DUI.

In order to maintain your driving privileges you need to file an administrative appeal, commonly known as a “10-day letter,” with the Georgia Department of Drivers Services. In the appeal you must request a hearing and allege certain mistakes were made by the police officer or sheriff's deputy. The hearing is known as the “ALS hearing,” the administrative license suspension hearing.

The ALS hearing is vital to protect your driving privileges.  Be warned, though, if you fail to file the 10-day letter, your license can be suspended for one year—and you do not receive a permit. Unfortunately, many drivers fail to file the appeal and then have their driver's license suspended.  That suspension is then reported to the motor vehicles departments in other states so that the other states can take action against your driver's license.

An administrative law judge, employed by the Georgia Office of State Administrative Hearings, will preside at the ALS hearing and make factual and legal determinations for the matter. There is no jury at the driver's license hearing, the judge decides all issues.

Can You Get A DUI On Private Property in Woodstock?

What About My Miranda Rights?

Many people arrested for DUI say, "I wasn't read my Miranda rights. Do they have to drop the charges?" Miranda rights, generally speaking, do not have to be read in a DUI matter. That's because under state law related to your driver's license, you must take a breath or blood test upon request by a police officer. Technically, it's called "implied consent."

DUI for Military Members (The UCMJ)

Constitutional protections apply to military members. So if you are in the military and being prosecuted for a DUI by civilian authorities, then you cannot be prosecuted under the Uniformed Code of Military Justice (UCMJ) by the military -- that would be "double jeopardy."  Typically, DUI is prosecuted by the military if an armed forces member is stopped on a base.

However, if other associated misconduct is not being prosecuted by civilian authorities, such as possession of marijuana or simple assault, then the military can prosecute that conduct.

Here are some tips can have help reduce the risk of being convicted for a DUI:

We Are Experienced Woodstock DUI Lawyers

We have been on both sides—the prosecution and the defense. That experience and knowledge tremendously helps our clients.  As a Senior Assistant County Attorney and an Assistant Attorney General, William H. Sherman gained valuable insights into how the prosecutors work and think and how defendants can win cases and get the best deal possible.  Attorney Valerie W. Sherman has the valuable experience of being a Magistrate Judge and an Assistant County Attorney. They both understand what it takes to get a great outcome in Woodstock.

As experienced Woodstock DUI attorneys, we can help you.  Our experience, knowledge and relationships are crucial to a favorable outcome.

We are pleased to offer a free case evaluation to anyone accused of DUI. If you have been arrested, contact us immediately.  We are available 7 days a week at 678-215-4106.